The Mirror in the Hands of the Artist: Milena Tsochkova

Milena Tsochkova is a Bulgarian artist living in Bremen, Germany. This fact would seem to many, used to the globalization and the free movement between countries and cultures, insignificant. But the international connoisseur of the art of Tsochkova finds that her living between two cultures, between two artistic traditions makes her art interesting. On the one hand is her academic education in Sofia. The term academic refers to the technical skills in creating her works: the classical, realistic construction and re-creation of the form, in this case, the human body, precisely drawing each layer, a perfect color. On the other hand, the non-academic perspective, the unusual, at moments painful, cutting focus of particular parts of the body tell of a liberation from the frame and a pursuit of a certain impression created through form. The conceptual frame in which Tsochkova puts her works suggests an influence of another formalistic context and mindset.

The central motif of the works of the artist is the human, specifically the female body. It is exquisite, flexible and sensitive, dressed in delicate lace or fine silk, perfectly emphasizing the proportional forms of the body underneath. With photographic precision and the thoroughness of a 17th century Dutch Master, Milena Tsochkova’s paintings and drawings convey the texture of the fabric, their patterns, the soft folds, the reflecting light on its surface. Her female bodies are neither lying in alluring poses nor standing triumphantly over a crowd of worshipers nor are they taking pleasure in refined pastimes. They are captured in an isolated, neutral state, in an effort to free themselves as if in a prison of their expensive clothes and of their status as an object of consummation. It is no coincidence that Tsochkova’s models have no faces, they are anonymous, standardized, a summarized image. The impression of the physical and from there the psychological discomfort is intensified by the odd perspectives of the images. The artist most frequently presents the most erotic parts of the body – the torso, the hands, neck and back of a woman, but they are not in any way twisting and turning or striving to move away from the center of the composition or from the gaze of the spectator. The expectation of a superficial game between the forms, the colors and stereotypical female images has not been justified. The eroticism and the sexuality have been thrown back in second place by the feeling of oppression, intensified by an engulfing presence of the design on the clothing in which at times the body seems to dissolve and ceases its independent existence. Sometimes the artist goes even further by presenting part of the torso with a draped dress over it, but without legs – a porcelain figure, broken in half.

And yet the paintings of Milena Tsochkova are not brutal. They are beautiful and their beauty does not disturb. They leave their impression. They are like mirrors in the hands of the artist, turned towards the spectator, who depending on their sensitivity, clearly or not so clearly, become aware of the immanent dualism instilled in every person. The intertwining of good and bad, love and hate, gentleness and brutality, of happiness and suffering. 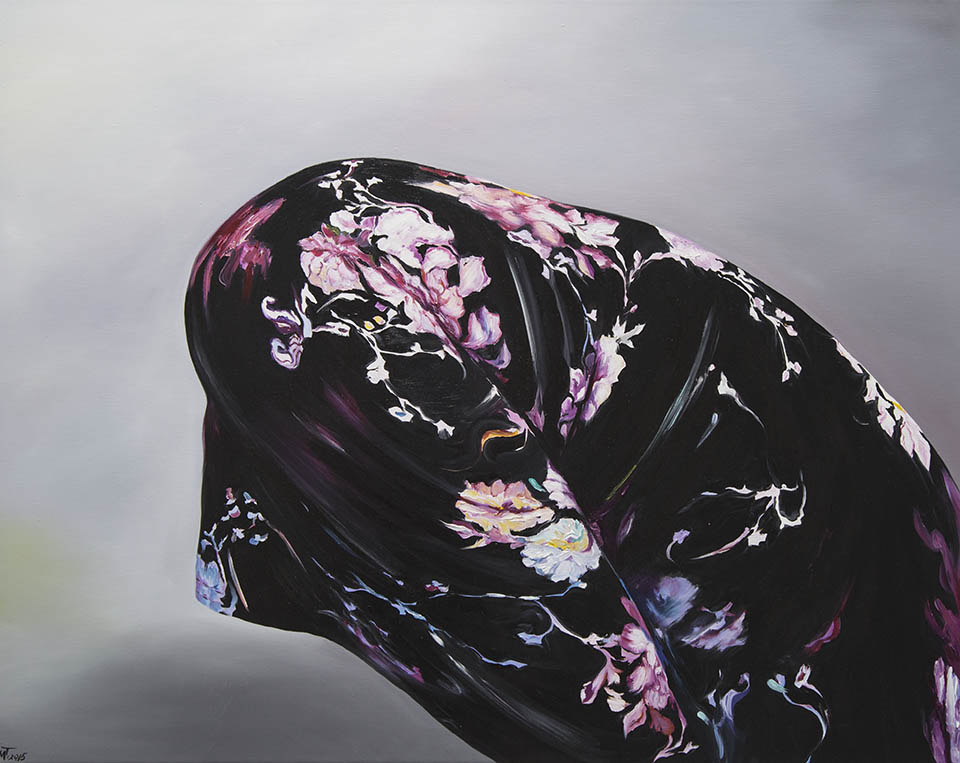